What is Life Like in Spain? Timetable, Social Life, Food, Nightlife and Travel 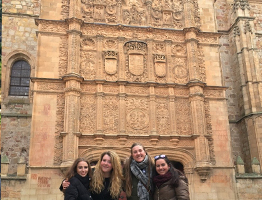 Life in Spain is quite different from life in the United States. Although some particularities change from one city to another, there are certain ways of life that are shared throughout the country. Two Language Assistants will explain the main differences between their home country and Spain. Allison is a Language Assistant in Madrid. She comes from a small town, Oswego, in New York. She says that living in Spain is quite different from life in the United States, especially for those who go from small towns to big cities. Moving from a place with a population of 17,000 people to the capital city, Madrid, has been quite a culture shock for her. That said, she wouldn’t trade her life in Spain for anything! Olivia helps to teach in Murcia and she comes from Massachusetts. She says that it is normal to be working 50+ hours a week in Boston or New York City. People often work while eating lunch because they are too busy completing work tasks. Thus, if you want to compete with everyone else, it’s important to stay focused on work—which often leads to less time with family, friends and exploring hobbies. This is one of the main differences between Spain and the United States. Discover many more by reading this article.

Allison: As far as weekly schedule, obviously there is huge variation based on a person’s dutties, living situation, etc., but regardless, timetables here in Spain are much different than in the United States. Personally, I’m living with a host family and I cooperate with a school Monday through Thursday. This is different than in the United States where school days usually begin at 7:30 or 8am and end at 2:30pm or 3pm.

My days here usually last a lot longer than they did at home – when I worked in an administrative position in the United States my days finished at 4:30 sharp and I was home having dinner by 5:30 or 6pm. Here in Spain, I leave school around 5pm each day, but my night doesn’t end until much later. Dinner is eaten much later in the day. For families in Spain with small children, dinner is usually around 9pm on the weekdays, and later on weekends. If you’re used to eating at 5 or 6pm, this takes some getting used to. A friend who moved here from the United States and is living with a host family once thought her family forgot to make dinner when it was 10pm on a Friday and they hadn’t begun cooking yet!

Olivia: Life in Murcia, Spain is very much different. Instead of work, your life here revolves around your eating schedule and time with family and friends. Most working individuals begin their day at 8 or 9am and end at 2pm. They return home to eat lunch at 2pm and after lunch; a siesta (or a nap) is often encouraged. A few get back to work from 4-5pm until 7pm. The Spanish lifestyle is more relaxed and encourages rest time and relaxation over many Americans’ countless workweeks.

Allison: Socially, the differences are huge. When it comes to going out on the weekend, expect the party to start much later. In the United States, especially in a smaller town, bars tend to close around 2am. In Spain, people don’t even head to the clubs until 1-2am, and the sun is up before people start heading home. It’s common for Spaniards to party all night, and then return home in the morning with churros con chocolate. This aspect of Spain is great if you’re a night owl, but not so much if you value your sleep on the weekends. If the club scene isn’t for you but you still enjoy partaking in beer and tapas, many bars and restaurants offer outdoor seating so you can soak up the Spanish sun while sipping on a refreshing cerveza or vino blanco. Even on a weekday, it’s normal to see people hanging out having a drink with their friends or family.

Olivia: My host mother frequently says, “People give me life!” And it is true, Spanish people live for other people. You can tell that this statement is true by the generosity and hospitality of the people here. Individuals are more than willing to lend a helping hand or go out for tapas just because they want to be around with others. While I’m not as knowledgeable about people in the north of Spain, I can really see how social life in southern Spain makes you much more mentally healthy. Also, don’t forget, Spanish people are always late. If someone says, “meet at 8pm” don’t bother showing up early.

There are many groups to join to meet new people. I attend language exchanges every so often and always meet new friends. Through language exchanges, I have been able to join hiking groups and get together with friends for drinks or to play board games. MeetUp.com is also a great website to meet like-minded individuals with similar interests in a local area.

I remember the first time I went out with friends to a bar. I returned home at one in the morning because I was nervous that my host family would think I was out too late. Because I am a morning person, I woke up in the morning with the rest of my host family at 10am. This was how our conversation went:

And that was when I realized that it’s normal to be out at bars and discos until 5 or 6am! Some stay out until 8am and get breakfast afterwards—I know, crazy!! While it’s not my lifestyle to stay out very late into the night, if you are a true night owl, Spain is the perfect place for you. On weekends, most people don’t get up until about 10 or 11am. For morning people: in Murcia, if you go running or biking outside at 8am on a Saturday or Sunday morning, the streets will be completely bare. The city is all yours!

Allison: Food in Spain is excellent! Spanish diets are considered to be quite healthy, although high in carbs, with many dishes including bread or potatoes. Some of my favorite Spanish snacks include croquetas, patatas bravas, and tortilla. When time allows, it’s always fun to share paella. And, when in Madrid especially, cocido must be mentioned! These foods aren’t commonly found in most places in the United States, so when you’re in Spain, do as the Spanish do and enjoy all of these unique treats. You can’t talk about food in Spain without mentioning tapas. In Madrid, nearly every bar or café will give a free tapa when you purchase a drink. Common tapas include olives, potato chips, chorizo, tortilla, bread with a topping, or a small dish of the house specialty. When you travel to different cities in Spain, you’ll see that the quantity or frequency of free tapas varies.

When you go out to lunch during the week, make sure to look for the menu del dia. These are fixed price menus that allow you to choose from a few different items and usually include a drink and dessert.

Dinner in Spain is quite small compared to the United States, often with a first and second dish, which are served separately. The first one is usually a soup or vegetable, while the second is typically a slice of meat or fish. Bread is typically served with each meal, and dessert is a fruit or yogurt.

Allison: Traveling is considerably cheaper in Spain than in the United States and in my experience, much easier. From Madrid, I can fly to a huge variety of different places for less than 50 euros. For example, I recently booked a weekend flight to Tangier, Morocco (with baggage included) for about 35 euros. Traveling within Spain is convenient as well – with busses and train lines connecting major cities, it’s easy and affordable to get just about anywhere. Since moving to Spain at the end of September, I’ve gone on many trips in Spain, to places like Toledo, Segovia, Granada, Salamanca, El Escorial and more. Outside of Spain, I’ve traveled to Vienna, Berlin, and London, and will soon visit Prague, Budapest, Tangier, and Copenhagen. Taking weekend trips to foreign countries is simply not a viable option in the United States!

Conclusion of Life in Spain by Olivia

Whatever type of person you are, Spain will have something for you, whether it be a new favorite food you discover, early morning runs, 1.10 euro coffee, or outings with Spanish locals. Though a European country, Spain doesn’t function like England or other countries where work rules life. It’s completely different from the United States regarding work-life balance and social life with friends and family. Life here is very calming and relaxing and after living in Spain for a year, you’re guaranteed a new positive outlook on life!

Thank you for your sharing your experiences, Allison and Olivia! 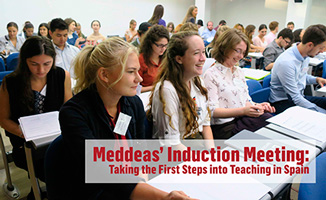 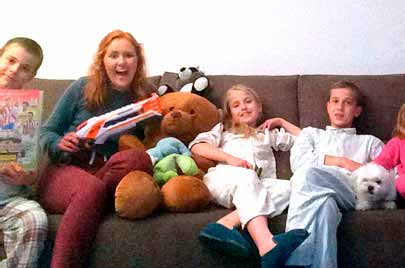 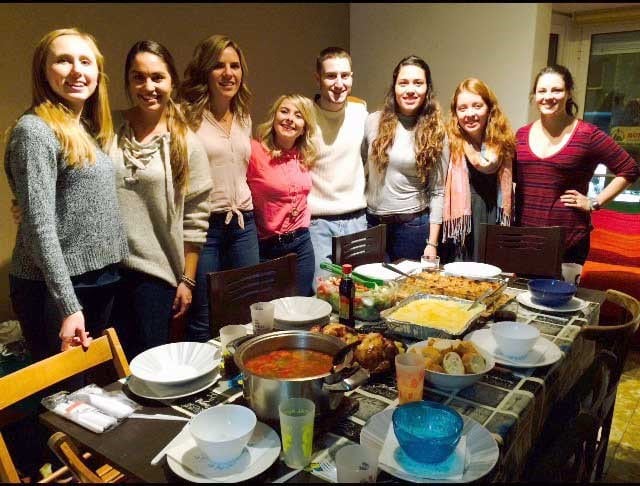 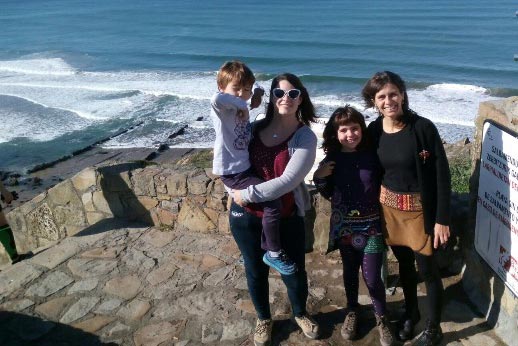 Homestay vs Apartment in Spain: a List of Pros and Cons to Help You Decide