Spanish Schools for Beginners: What to Expect 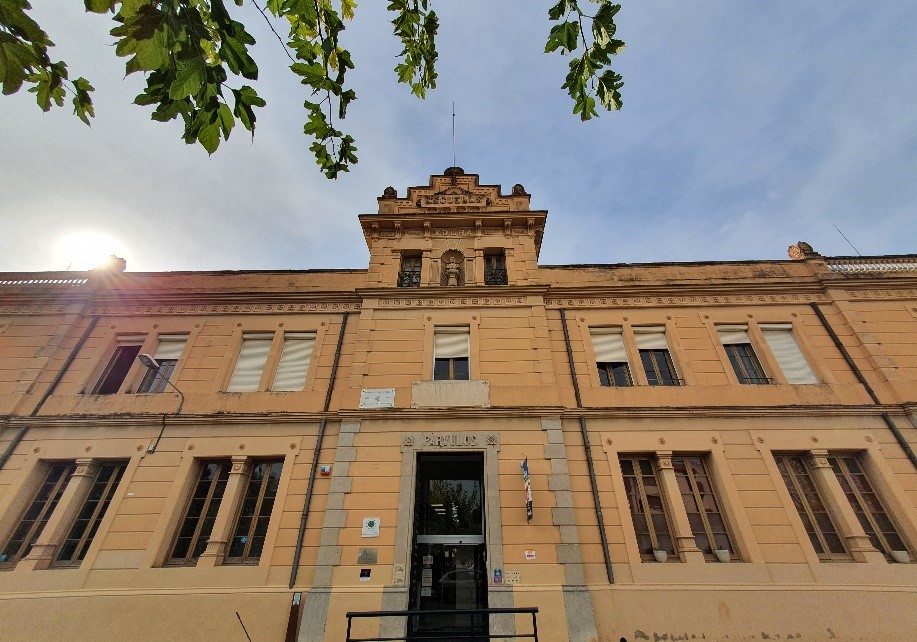 I’m an English Language Assistant in Spain with Meddeas. I applied to collaborate with Spanish teachers in a Spanish school. In this post, you will find out what to expect from Spanish schools, how they are and how is it to be inside one!

Currently, I’m in a rural town in the mountains, around an hour away from central Barcelona. My school is a beautiful building dating back to the 19th century, which used to serve as a monastery. The building is filled with culture and history in every nook and cranny, just like the rest of the village. In fact, the building even has an impressive statue of Josep Tolrà.

Being so far away from the city isn’t necessarily a bad thing. Instead of feeling enclosed by the impressive mountain ranges that surround the village, it acts in favour of the people. There is an incredible sense of community in the village, which is mirrored in the school too. I am constantly impressed by how welcoming and accommodating both students and staff are.

My Spanish school is relatively small with only one class per age group, meaning that there are also few teachers. This is great. It means we can all fit in the same room at lunch time, where we talk about anything and everything. It also means I get the chance to speak to every individual teacher at least once a day. No one is left out!

You´ll definitely feel like part of the team, as they all try to speak to me in English regardless of their level. It makes my day seeing someone try to eagerly to hold a conversation with me in English, as their curiosity supersedes their hesitation to try to speak the language.

One of my favourite things in Spanish schools is that every time a teacher enters the staffroom, they always greet the others with a simple ‘Buenos días’ (good morning). Upon leaving you always see a smiling face slip out the door saying ‘¡Hasta luego!’ (see you later!). This creates a welcoming work environment in which a conversation is often sparked as the ice is already broken.

Respect is very important in Spanish schools, not only among the teachers but with the children too. Of course, it’s natural that a classroom may get out of hand on occasions, but a simple clapping game or song entrances them back to normality. Their favourite seems to be ‘one, two, three, look at me’ where the students get involved in the actions too.

Spanish children do seem to be a lot more energetic, it’s not such a bad thing. It may be overwhelming to begin with, but you soon realise they are simply so involved in their work. This is the perfect opportunity to build upon their enthusiasm and begin asking questions or sharing nuggets of knowledge to quench their inquisitive minds. In fact, they even love getting up and involved!

In my lessons, the students enjoy exercising their acting abilities with fun activities such as ‘Guess which animal I am?’. This is great to fill those extra few minutes at the end of a lesson. So, expect to make your lessons exciting with plenty of energy expending activities for the children!

Another demonstration of their respect for others and the teacher occurs directly after break time or lunch time. To calm down after running around, skipping and all the other playground activities that they love, the students practice two minutes of meditation.

Students sit upright at their desk, with their hands on their stomach, their eyes closed, while taking slow, deep breaths in silence. All students seem to enjoy it, as they appreciate the tranquility and the routine. It’s such a great way to clear the mind and prepare for class!

The school day may be longer than you expect, as the first class takes places at 8am and the day finishes at 5pm. Luckily, there is a big two-hour lunch break in the middle to break up the day. It seems that siestas are a myth here in the North of Spain, and instead this time is used to socialise.

You have plenty of time to unwind after a morning full of exciting lessons. And I really appreciate that extra bit of time to relax, socialise or catch up on any last-minute work. There is no need to rush your food.

Speaking of eating, the food here is much healthier and more varied than the school lunches served in England! I’m frequently exposed to traditional Spanish foods, such as ‘trinxat’ (similar to the British meal Bubble and Squeak, with the addition of bacon). Or ‘butifarra’, (a sausage, typical of Catalonia). Not forgetting the old Spanish ‘tortilla’ (a thick slice of omelette with potato and onion)!

A freshly prepared salad is served everyday too, ensuring we are all topped up with vitamins to give us a healthy body and mind to finish the school day.

Another thing to expect in Spain is that the meal times are different. Instead of splitting the day into three big meals, they have five smaller ones instead, so be prepared to adapt.

You start the day with ´desayuno´, (breakfast) at home. Then, you have ‘almuerzo’ (a second breakfast) at school during break time. It usually consists of a sandwich with cured meats. Then there’s ‘comida’, which is lunch and is classed as the biggest meal of the day, hence the two-hour lunch break.

When the day finishes at 5pm, it’s customary to have ‘merienda’, an afternoon snack. There, you can expect to eat fruit, something fresh from a bakery, or even a sweet potato! (Yes, in Spain, sweet potatoes are considered a sweet treat!).

This way, children have the afternoon free to do after-school activities and catch up on homework. This is before their ‘cena’, or dinner, before bedtime. I guess it’s true what they say, it’s better to eat little and often!

There is some sort of peace and tranquility as you walk through the corridors. All walls of the school are covered in colourful displays, with artwork created by the children themselves.

A colourful way of ensuring they are known by all! It also makes sure students work hard and have some pride in completing their work, as they all strive to have theirs pinned up in the corridor. As if it were a hall of fame!

The corridors are much calmer in Spain, too. Another great thing about the school is that the children remain in the classroom and the teachers move around. Not only does this avoid the all too familiar corridor chaos, but it means that students have one classroom to call their own.

In primary classrooms, each class has self-allocated name. There is the Star Wars class, Lion King Class, Home Alone class (an incredible pun for these pandemic times). And so, the walls are decorated with each theme and their tutor session is based around the theme they have chosen. The Star Wars class is my favourite. Students have created beautiful posters of the solar system to decorate the room!

It’s not uncommon to receive many student-made masterpieces, which I lovingly keep in a folder. Of course, these are drawings of all of my favourite things. And how do they know? They ask!

In my first week, I delivered a presentation about myself, where I come from and what I like. Afterwards, I was bombarded with an abundance of questions. What’s your favourite animal? What’s your favourite fruit? Weeks later, I’m still getting questions. The children are so positively inquisitive! I feel like a celebrity as I walk into each classroom, hearing a cacophony of ‘hello’s’ and a sea of smiling faces looking at me.

Lunchtime is no exception either. Walking into the cafeteria feels like walking onto a rugby pitch before a match with the crowd going wild. Each grinning child greets me with a ´hello Emma!’, awaiting a response.

Spanish schools have such a strong sense of community and a radiantly positive atmosphere. That really makes a difference to the overall work environment. The students really reflect the values of the wider community, by being so welcoming and respectful at all times.

Before embarking on your adventure to Spain, you should expect to adapt to the differences. In this way, you will make the most out of your time in Spain! Teaching in a Spanish school is such an enjoyable experience. You can learn, grow and become a better version of yourself through the help of your supportive peers! 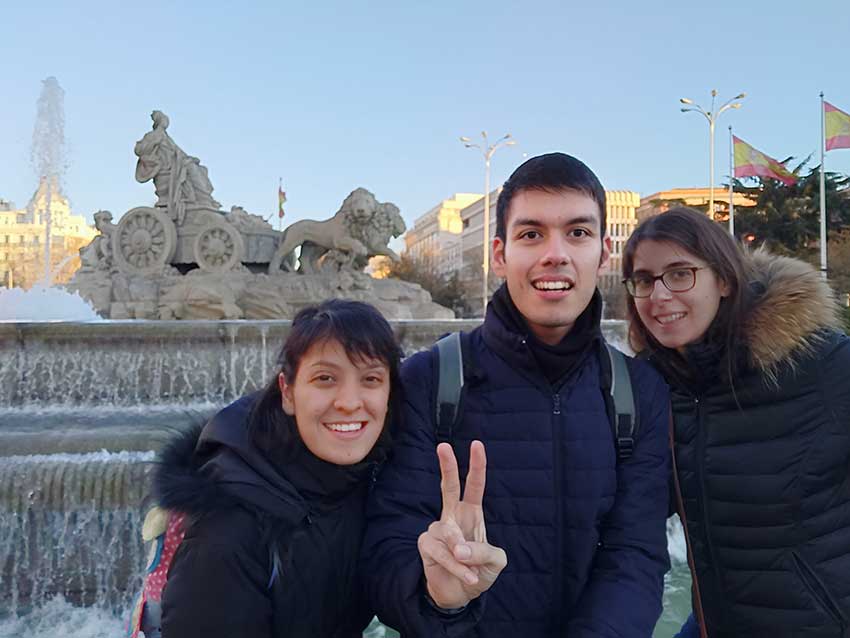 Cost of Living in Spain: Housing, Travel, and Food 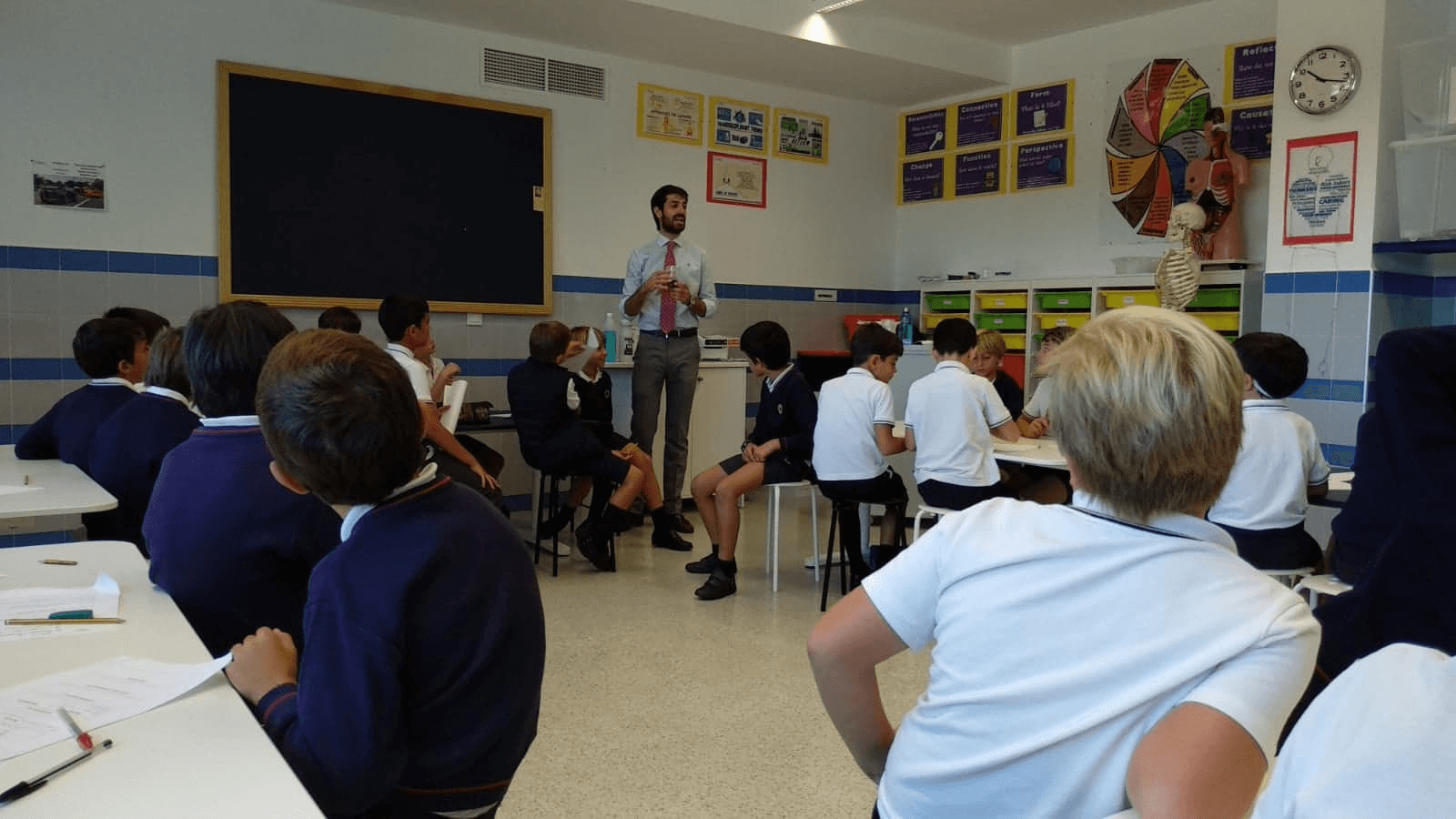 Top Ten Tips for Being an Effective Language Assistant 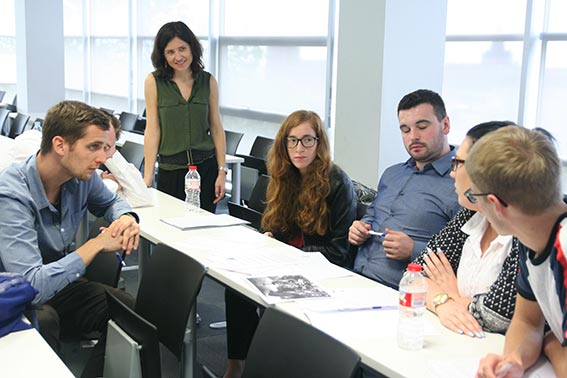